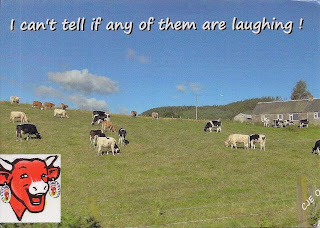 Postcard made by John. He makes great photos and had this card made for Eva's 'La Vache Qui Rit' mail art project, but - lucky me - he had a second copy of this cow card, of which I am the happy receiver. 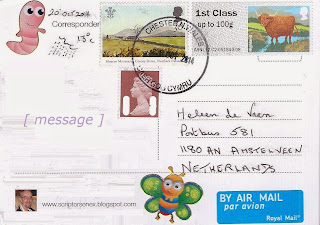 On the back nice animal stickers and a suitable cow stamp. Although in my country we consider the highlanders as 'wild' cattle, and they are released in natural landscapes to graze and by this manage the flora. 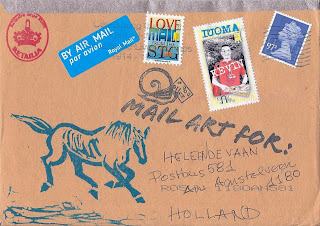 Mail Art Martha surprised me, not only with a new version of her wonderful envelopes showing a horse stamp and postman Kevin. But also with a nice booklet. Great beach sketches!
With some great animals among these, too. The Sea Duck, the Pigeon, a and several Human beings. 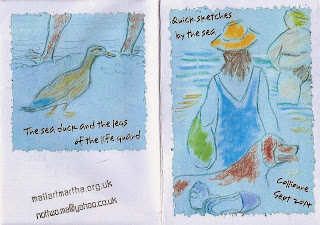 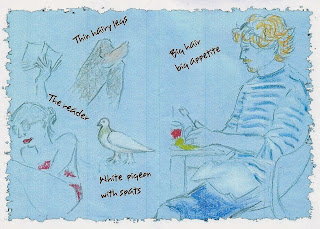 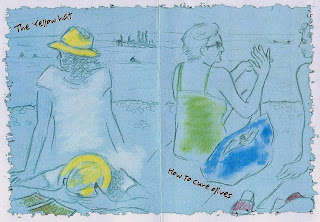 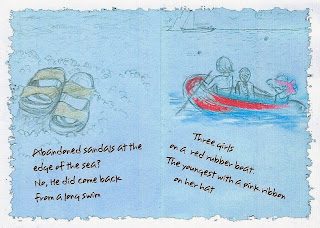 Thank you very much, Martha! 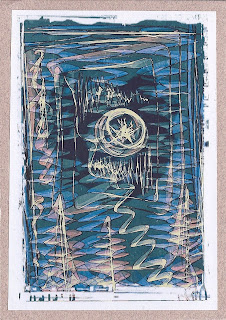 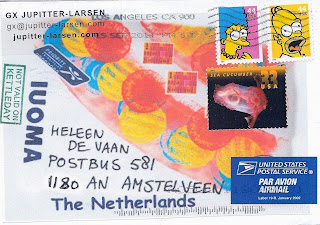 Obviously not meant for this Real Weird Animals site, but thanks to the animal shown on the postage stamp - the Sea Cucumber! - and thanks to the fact that I thought this a clever use of someone else's envelope (I don't think it would be named 'recycled art', do you?), the work of art is posted here.
Mail art from the mysterious GX Jupitter-Larsen, or also - that is, the front of the cover - by Ruud Janssen, as I had received the envelope (you see the original below on the left) from Ruud before :-)

Sea cucumbers are funny animals. In Dutch we have the same name: zeekomkommer (komkommer = cucumber), but the animal looks even more complicated than a green cucumber. 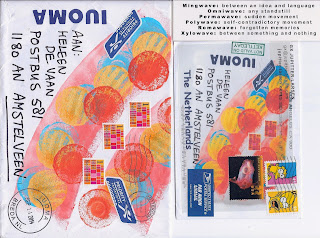 GX added some notes on waves (see above on the right, click to enlarge). Very inspiring to add some waves to. But where to send to?

And the back of the envelope is a delight, too. Interesting writing, great rubber stamp prints and beautiful postage stamps. Thank you very much, GX! 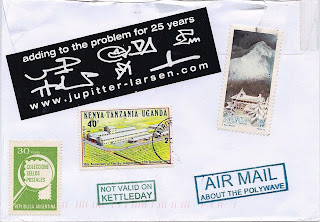 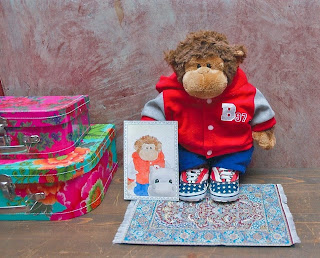 Recently I drew the two famous fellows Jaap-Aap and Edmund, and sent it to Jaap-Aap and Nico van Hoorn.
And very soon after, Nico sent me Jaap-Aap's kind reply: a view inside of the Personal Photo Album of Jaap-Aap! 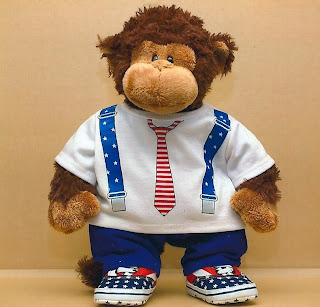 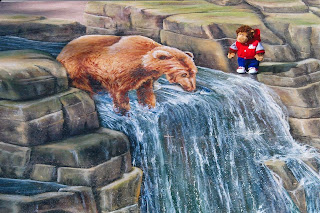 And Jaap-Aap standing in an amazing watery landscape! Fortunately the Bear didn't notice nor ate Jaap-Aap. 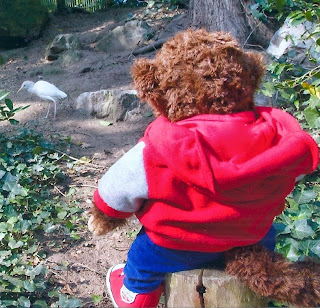 ...And did his own laundry! 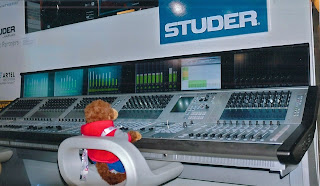 He also appeared to be an experienced operator of the mixing panel (I was not sure whether Jaap-Aap was mixing sounds or mixing lights, or both, or if he was operating the railway logistics, but after some investigation I found out that Jaap-Aap was making Radio!) 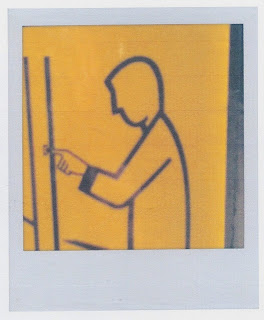 Meanwhile I could enjoy a picture of a pictogram, a person pushing the pedestrian's traffic light button. 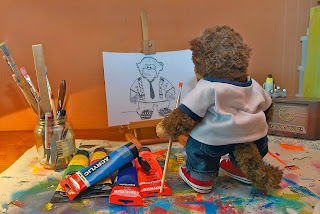 And Jaap-Aap started to create Art.