A beautiful Bird stamp appeared on the envelope Katerina had sent me from Greece. Thanks to her post in the 'Lapoused'/ 'Birds' group I learned that this Bird is from the Byzantine Museum.

In the envelope a lot of other mail art.
Like this Orange and Onions mail, with wonderful artistamps - among them the fish you've seen here before recently! 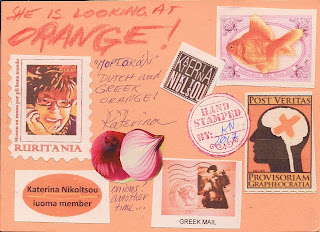 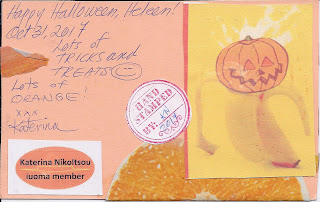 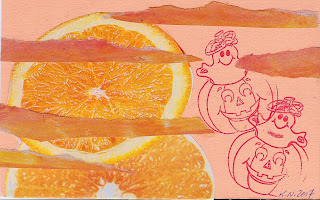 A contribution to my 'What or whom is she staring at?' mail art project: 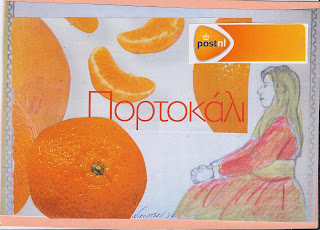 Thank you very much, Katerina! 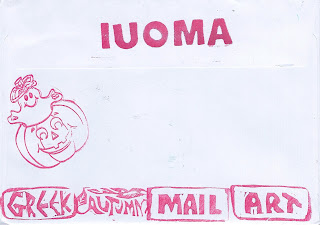 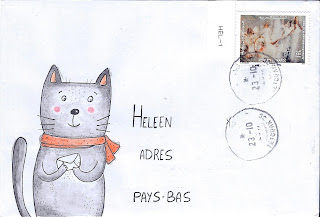 This beautiful envelope I received from Eva. See how fine this Mail Cat has been drawn, and how bright the colours, even grey, are lighting up! 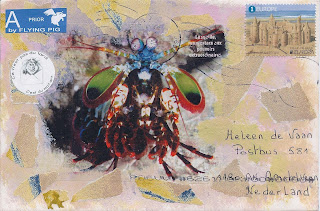 An envelope showing an impressive animal (and a matching - Europe 2017 - sand castle stamp) arrived from Belgium. Created by Nicole Eippers, and fortunately she added some extra information about this animal inside the envelope.
It is the Squille, in English also named a peacock mantis shrimp, harlequin mantis shrimp, painted mantis shrimp, or clown mantis shrimp (in Dutch a 'bidsprinkhaankreeft', which means literally 'praying mantis lobster') 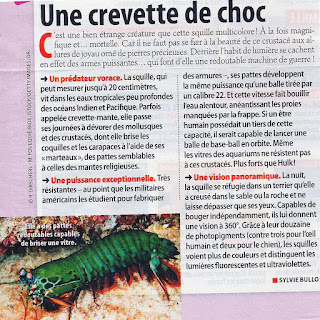 According to the information, this up to 20 cms large sea animal has eyes which make it possible to watch 360 degrees around, thus he or she is able to see a panorama view.

That will not be the case with the short sighted animal which Nicole also has added to the content of the envelope. It is the Mole, this peticular species being a star-nosed mole: 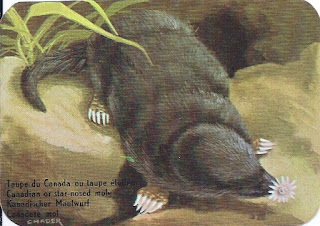 And there is this picture of the Andrewsarchus, a prehistorical, extinct animal: 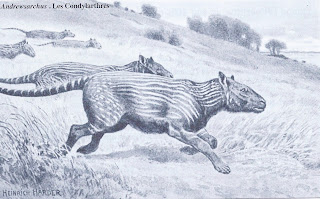 On the back of the envelope - which in fact also is the front, as my address was written there, too - you can find Nicole's famous Flying Piggy! 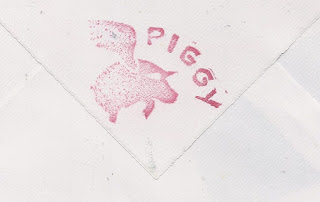 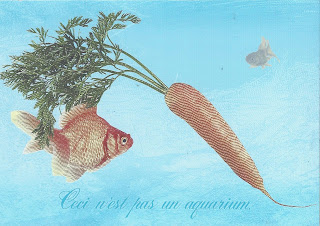 'Ceci n'est pas un aquarium', 'This is not an aquarium' 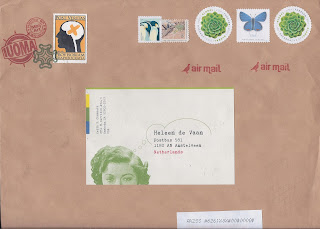 The print inside shows a rather, er, dead person, however the dandelion represents new life: 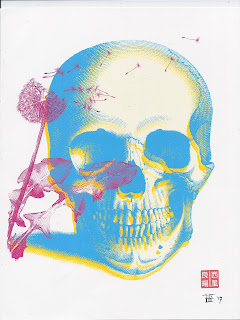 The print came along with great artistamps: 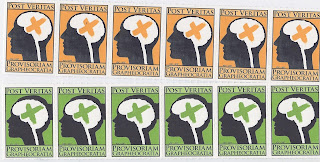 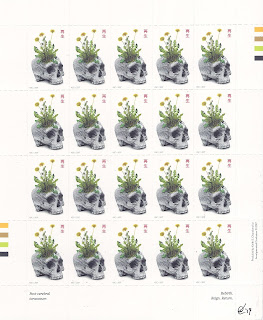 And the other - orange - envelope, which arrived two days ago, contained great fish stamps:

'Hippurus hoc non est', 'this is not a goldfish'


And the Fish, shown on top (in not an aquarium), with an autumn poem on the back: 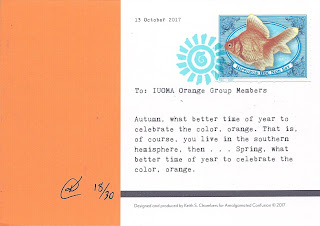 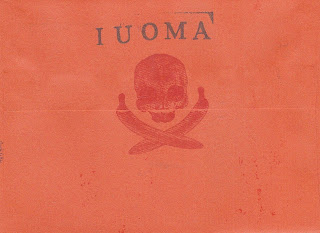 And two peculiar official USPS stamps on the envelope: 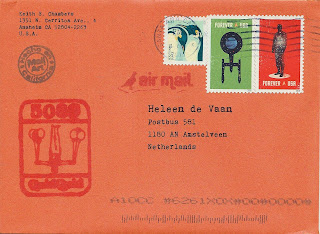 Thank you very much, Keith! 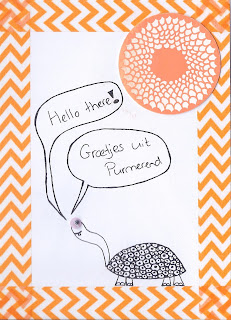 From Rachel from the Netherlands these great drawings arrived, with greetings from Purmerend thanks to this friendly turtle. 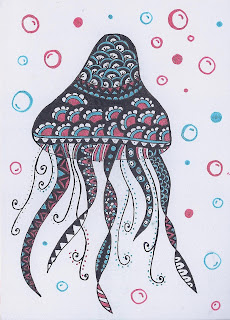 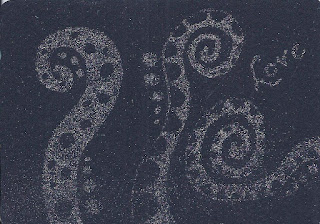 And a funny bird and sunny quotes on the envelope: 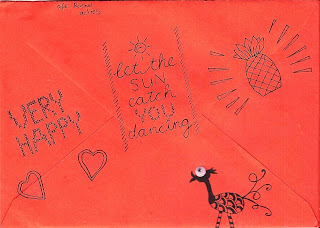 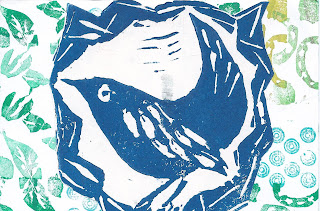 A beautiful blue Bird, created by Jan Hodgman. This mail art Bird fits not only in this Animals blog, but also in several mail art groups: the Lapoused (Birds) group, a Blue group, rubberstamps... 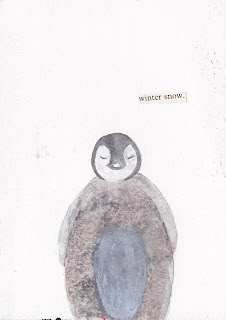 This considerate Penguin arrived as a big suprise to me, and has been created and sent from the USA by Laura Urbano. 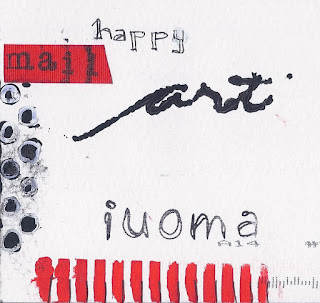 On the back side pretty typography.